Why No Famous Spanish Commercial Brand Prevailing in China? 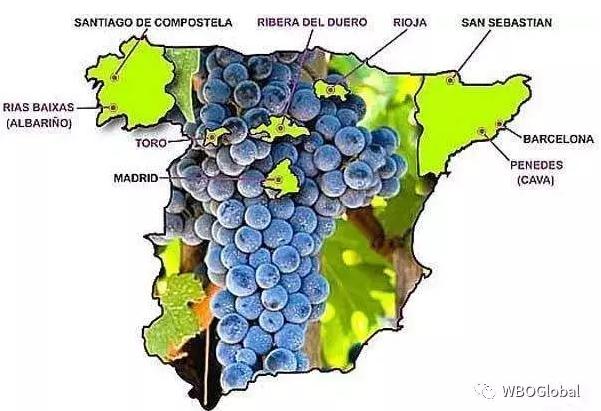 China has imported more than 64.79 million liters (around 86.38 million bottles) of wine from Spain, ranking only second to France and Australia from January to November in 2016, according to China Custom data.

But when we think of Spain, we can’t call out any well known commercial brands as those from France and Australia. On the contrary, many low end OEM wine imported from Spain were growing disorderly in China. In some promoting events of buffet and western style restaurants, Spanish wines are usually the free drinks in such case.

Two reasons account for the weakness in Spanish commercial brands

Dr. Xue Keqin, living in Spain and working in wine for years, analyzed:

1 French producers have created many world famous wine brands successfully, which Spain can’t reach even with large volume producers for lack of brand awareness. Since this nation typically highlight individuation, they are not that easy to change from inside to some extent.

2 Scale of a producer matters too. Producer in Spain are divided into two categories: cooperative winery and small family winery. The former can assure production volume but no sense of brand, as long as selling out all wines; the latter are small in volume and can’t guarantee supply.

Chen Ruxing, an importer of Spanish wine, said, “Spanish wines were weak in attracting Chinese importer and distributor who would like to promote them in multi channels, that’s why Spain can’t stand out among thousands of wine brands in China.”

“From producers to distributing networks, Spanish wine were mostly run by merchants who were rush for money, which gave Chinese consumers low end impression.” Liu Anqi, the representative of a Spanish wine producer, told WBO reporter.

How to solve this problem?

Zheng Junjie, general manager of Shanghai Aolan wines, pointed out that Spanish wine should adapt to the trend instead of fighting against it. “Spanish table wines under EUR 1 were high in cost performance and excellent for catering and retail channels. But these wines should be consumed while young, sales’ poor control of time and lack of wine knowledge made them facing even harsh moments in China.”

“Good cost performance of Spanish wine also seen in wines priced at EUR 1.5 to EUR 3 in Spain and CNY 150 to CNY 250 (€ 20.3 -- € 33.83 ) in China, which give high gross margin to importers.” Zheng said,  “Low priced wine accounted for 80%-90% and oaked fine wine accounted for 10%-30% in each order of his Spanish wine sales. Proportion of fine wine gets bigger as time goes by, distributor needs are changing from 100% low priced wine to increasing percentage of higher priced wine.”

A barrier or an opportunity

Xue is trying to build his own brand in China in this way. He has introduced the concept of “San José”, it means put a small logo on wine label to distinguish from others, which will not affect but help to recognize its unique feature.

In order to adapt to consumers in different consumption level and enrich the assortment, importer ASC has been importing Spanish wine for more than two years, mainly focusing on quality wine with less recognition.

However, Chen pointed out that wine merchants have to hold on and face the fact that it's hard to get profit back in short term. After all, Spanish wine only made up for 8% to 10% market share in China at present stage.