Days ago, WBO reporter received latest data from an alcohol online seller that the bottles of wine sales has equally matched to the sales of Chinese liquor in Alibaba’s Tmall.

WBO reporter then checked these data immediately for further information and found it was really the case. Apart from Tmall, how about wine business in JD.com, Jiuxian.com and 1919 online shop?

In term of number, wine consumers accounted for the largest proportion in Tmall.

Tmall Global Alcohol Consumption Report, released by Alibaba in the third quarter of 2016, didn’t mention any sales volume in different categories. Above all, Chinese liquor and wine accounted for the largest proportion in online purchase, spirits and Chinese liquor dropped as beer rise. In the first half of 2016, wine and Chinese liquor almost the same in sales value.

Among all online alcohol consumers, wine consumers accounted for the largest proportion and still on the rise in 2015, according to Tmall Alcohol Consumption Report released by Tmall.

Proportion of wine to Chinese liquor is 3 to 5 in JD.com

“Wine growth rate is the highest of all categories in JD.com in 2016”, said the director. But sales bottles of Chinese liquor doubled those of wines. “Chinese Liquor made up of 60% and wine of 30% in total alcohol sales, followed by a small volume of spirits and beers”, said JD officials.

In other words, sales bottles of wine to Chinese liquor are 1 to 2 in Jiuxian.com. As we know, Jiuxian started its business first with Chinese liquor, but wines grow very fast at present.

However, wine is not as powerful as those in online channel. 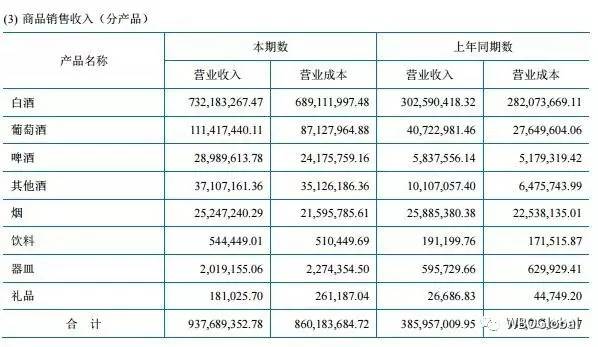 Wine market observer Tieli pointed out that wine has only half sales value in offline channel compared to online, due to different consumer needs. That’s to say, if sales bottle of Chinese liquor "doubled" wine in online channel, then it’s “four times” more than wine in offline channel.

“80s and 90s younger consumers has made up the largest proportion in online sales, who are largely seen in white-collar and newly middle class”,said the marketing consultant Zhang Junqing.

This doesn’t mean there will be more opportunities online

Although online channel gets more popular, it doesn’t mean that online distribution networks will be stronger for wine selling.

“Running a wine store in Tmall has to pay for rent fees too, high cost in page design (at least CNY 5000 / month) and contents writing made it more difficult.” Zhang added, “Consumers only care about price tag when shopping online. It’s hard to solve problems caused by price competition.”

In a word, wine merchants should be cautious in online channels, don't be too optimistic anyway.