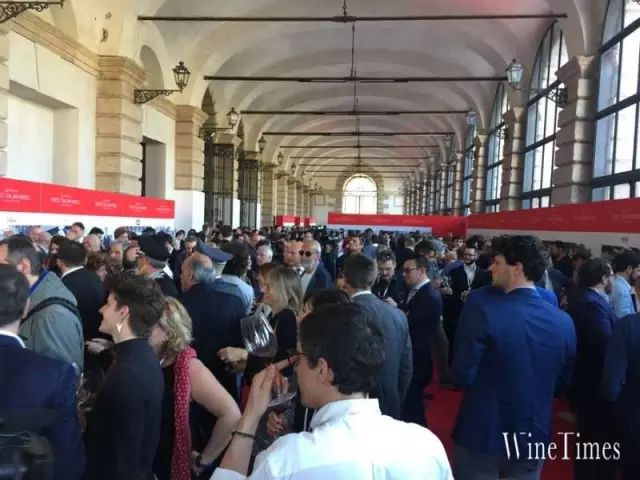 The great exhibition just opened its doors in Verona with many Chinese guests. Bob Yang  (1919.cn): I am here to make the promises that Alibaba did not deliver.

The leading wine event in the world in terms of exhibition area and international visitor numbers opened its doors today. The 51st edition, April 9-12, will focus on international development in China and the USA, with a lot of Chinese guests arriving in Verona. One of them, the most acclaimed one, is Bob Yang, president of 1919.cn, who was quite direct during the inauguration speech:

"Last Year Vinitaly invited jack Ma from Alibaba, this year me, and, yes, if you want to know, I am bigger than Mr. Ma!",said Bob Yang, joking about his bodysize; but then he continued extremely firm: "Jack Ma promised something that was not delivered, but we are here to deliver it! My promise is that we will sale RMB 500 millions of Italian wine and at least 2 million bottles".

Mr. Yang introduced its group to the Italian audience, citing Alibaba many times: "Alibaba sales everything, so for sure they arebigger than us, but - he added - we have more than 1000 stores all over china, in 50 cities, that we run directly; so we can decide which categories of wine buy and sell. Alibaba cannot do that. And remember that wine and spirits sales in china are 90% off-line, and just 10% online".

The fair of this year has a special focus on China, and even the yesterday event Opera Wine was dedicated to the Silk Road between the two countries. But, as often repeated, Italy has still a lot to do to reach a satisfying market share in China. 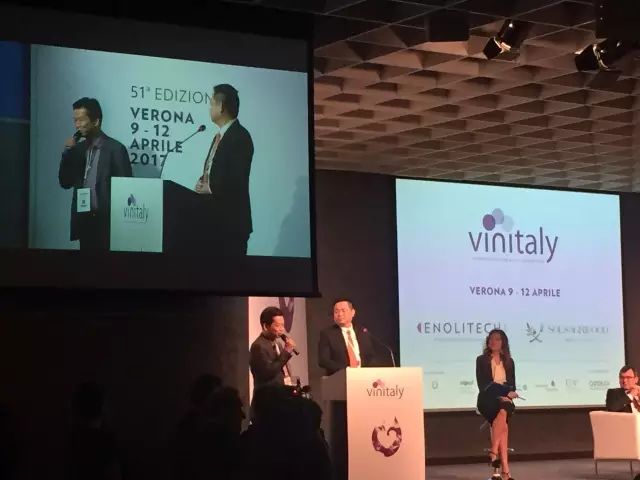 "We did a lot, a lot we still have to do", said Maurizio Danese, president of VeronaFiere, during his speech at the inauguration. " On the oriental market, and China in particular, there is an extreme need of a more coordinated action. We hope to fill this gap with the Italian Wine Channel, a coordinated program of Vinitaly, ICE, Unione Italian Vini (UIV) and Federvini, supported by Mise and Mipaaf. We have great possibilities".

In 2016, imports from Italy reached nearly 324,000 hectolitres, up by about 12% in quantity and almost 33% in value for a total of over 120 million euros; but Italy still ranks behind France, Chile, Australia and Spain, with a quote of 5% on the total of the wines imported to China.

The president of Ice agency, Michele Scannavini, confirmed the Italian institutions commitment:" China is a market with an enormous potential but we have a lot to improve. For this reason the wine sector became a priority of our development, in 2 directions: the first one, to support the fairs, and therefore Vinitaly and its activities, so that our fairs can be more and more competitive compared to the competitors; the second, to invest in the educational programs to give to the Chinese operators the opportunity to live the Italian wine experience, and communicate what Italy is with simple messages. We believe in the Italian wine channels and in this new team we created all together".

The last edition of Vinitaly attracted 130,000 people, with 49,000 international visitors from 140 countries. This year 4.214 exhibitors from 30 countries will attend the fair.

Vinitaly officially debut was in 1967, with an exhibition named the Italian wine days. Nowadays Vinitaly is not just an exhibition but 'a system of promotion and continual training' comprising Via, Vinitaly International Academy, the guide 5statWinesThe Book, the E-commerce platform Vinitaly Wine Club, Opera Wine event and wine 2 wine seminars.(Source:WineTimes.it)