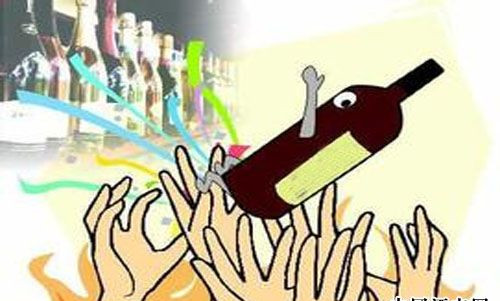 As 2017 imports data of the first quarter released recently，sustained growth of imports volume and value in the past two years was broken this year, importers were entered into discussion about the volume increase and value drop from the first quarter.

The volume of imported bottled wine increased 5.4% and value dropped 3.6% in the first quarter of 2017, according to China Chamber of Commerce of Foodsstuffs and Native Produce.


Data of imported bottles in the latest 3 years

Compare the data of 2017 to the previous three years, it was detected quite similar to that of 2014, which was seen volume increase and value drop. The slump in imported bottles value was affected by economic period and policies. But does it mean here comes the end of recovery in imported wine industry , and comes the second hit to the lowest point? So WBO has interviewed many wine business insiders to get more detailed information.

Chang Yanan, market director of Pinjiuhui , showed totally optimistic attitude on this, “It’s dogmatic to conclude that off season comes since imported bottles dropped in value but increase in volume not both dropped. It’s just in the period of adjustment. People bought wines at high price in the past years and now return to rational purchase. Take Chinese liquor development for reference, demands still exist after bursting of irrational bubbles. No matter how the market changed, rigid demands are always there, which can reveal the recovery of drinks industry. We don’t need to worry about it as long as we watched the increase of volume or volume. It’s more crucial to focus on the sales volume changes from wine company side and market demand is the best approach to learn how it goes in wine industry.”

“However, imported wine is somehow quite different from Chinese liquor, it can’t bounce back with external situation because of the low awareness and price disorder of the past imported wine market. Many entry-level wine can sold out at high price in the former situation but seldom now as wine information get more transparent. The following problem is products with comparatively better quality hard to sell at reasonable high price.” Chang pointed out.

Growing rate of sales volume will slow down

Richard, vice secretary general of China National Association for Liquor and Spirits Circulation Imported Wine Market Committee, don’t think imported data will hit the lowest point, “For the deficiency of imported wine brands, some medium or high-end brands from Europe and America such as Rutini from Argentina, Robert Mondavi from America and Peter Lehmann from Australia. This kind of wines seized China consumers by high cost performance, which was not as same as those had done by traditional Chinese liquor and wines.”

“Views were divided into two groups among importers. Some importers deal with traditional channel hold pessimistic attitude because of serious overstocking, while some importers hold optimistic attitude for good business condition. I think growth rate should be between10% and 15% due to price rise from some of these wine producers, which will lead to the imports value increase. ” said Wang Xuwei, secretary general of China Chamber of Commerce of Foodsstuffs and Native Produce.

According to Wang, once a new business mode has been found for selling wines, there will be a breaking point seen from that, high speed increase is likely to be witnessed then in the coming years after this point.