A Number of Importers Adjust Price, Spreading to Terminal Market 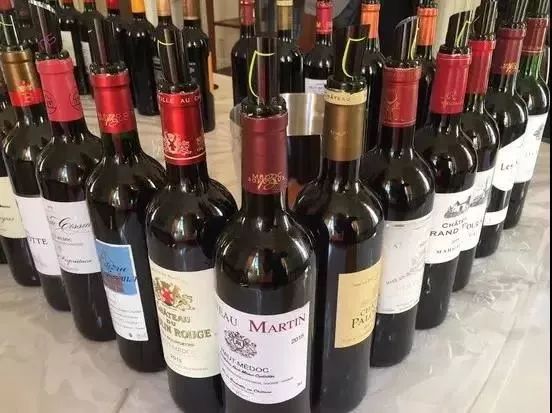 WBO has been informed a few days ago, a number of wine importers have begun to raise prices for its products. And not just the Old World, but also New World Wine Products like Australia and Chile.

According to the "Notice on the Price Adjustment”, released on January 8, 2018 by Shanghai Longe Wine Co., Ltd., it expressed: The company will adjust the prices and policies of CASTEL family series and BARON DE LIRONDEAU series. The new pricing system will be released and implemented from January 11, 2018.

Coincidentally, Beijing Baixiangchun Alcohol Co. Ltd., another operator of CASTEL products, also released the “Notice on the Price Adjustment " on January 8, 2018, saying that the prices and policies of the chic series will be adjusted.

In regard to reasons for the price rises, the notice shows that: due to France's large-scale production cuts in 2017, the general industry prices increased by 15-30%, and some production areas increased by more than 50%, therefore the price adjustment is made under the pressure of the cost rising.

An importer who operates CASTEl’s OENOALLIANCE wine, said that his products are about to rise. “Under the pressure of the reduction of the wine output, suppliers have increased the delivery price by 30% ”, the importer said, “Because of this, I am currently looking for some other non-price-rising products to ease the pressure of price increases. ”

Chilean  Wine Cost Also Rose, But Not Much

Li Xinxin, chairman of Beijing Longze Shangu Wine Trade Co., Ltd.， which imports Chilean wines, said: by the end of 2017, the price of bottled Chilean wines has risen by about 10%. Bulk wine rose even more powerful, as far as I know, before, the cost of a ton of bulk wine costed for ￥5,000 after customs clearance, but now it costs for nearly ￥10,000.

Speaking to the price adjustment, the president of Beijing Baixiangchun AlcoholCo., Ltd., Ding Youzhen told WBO: Chilean wine's cost increased by 5-10% indeed. Because of the reduction in other areas, many purchaser of raw wine came to Chile to procure, and the relationship between supply and demand lead to price increases, but not as much as French wines.

But Li pointed out: firstly, the climate problem in Chile led to capacity decline, secondly, the Chilean peso is unstable, resulting in price increases. However, even if the bottled wine rose by 10%, the price is still the best in the world.

It is worth mentioning that, on January 6, 2018 AUSWAN China Operations Center, belonging to the New World as well as Chilean wines, also released price adjustment notice.

The notice shows that due to the drastic reduction in global wines, the purchase price of grapes all over the world, including Australia, has risen. At the same time, the cost of the global bottle and packaging materials and other related materials has risen sharply due to China's environmental protection policies.

According to the latest news, the cost of various raw materials will continue to rise in 2018. Although the company will increase its efficiency in various ways in 2017 to absorb the pressure of costs rising, the company can no longer afford it in 2018. It decided to adjust the supply price of AUSWAN Creek wine slightly from February 1, 2018.

After heard of this news, WBO also contacted Yao Miansheng who is responsible for the brand operation of AUSWAN immediately, and Yao said: the price adjustment range is 10-15%.

Will It Lead to a Worse Off-season after the Spring Festival ?

The times of price adjustment of their products of the three companies avoided the peak season before the Spring Festival, two on the February 11, one on the February 1, leaving a certain period of time for dealers to purchase a lot more before the price increase.

Ding Youzhen explained: indeed, this time setting has two goals, one is to avoid the peak season, and the second, advanced notice is also a manifestation of humanity, giving the dealers a buffer time.

However, in the off-season after the Spring Festival, will the price adjustment lead to a weaker purchase willingness of dealers? In this regard, Ding predicted: the impact should not be much, even if the average price adjustment is by 15-20%, the terminal performance will not be impacted very much. The gross margin of the terminal dealers is higher than that of the importers and many terminal dealers can digest the cost rising themselves.

Li Wei, president of AUSWAN, pointed out that: the price adjustment may have some impact on sales, but we still try to digest the cost internally, so the price adjustment is still modest. In addition, in the Spring Festival sales season, dealers sale wines very fast, so the replenishment after the Spring Festival is certain. Therefore I think even if the price rising is influential, it should not be too great.

In any case, the importers' price increases undoubtedly marked that the occurrence of the phenomenon of “decreasing grape output and increasing costs”, appearing in a number of wine producing countries have spread to the Chinese market. Ding said: in particular, the importers operating the Old World wines, whether it is to operate the brand, or simply to trade, are unable to digest to costs rising by themselves. There is bound to be more importers to raise prices in the future.