App Pinduoduo, the big shelter for infringing and inferior wines 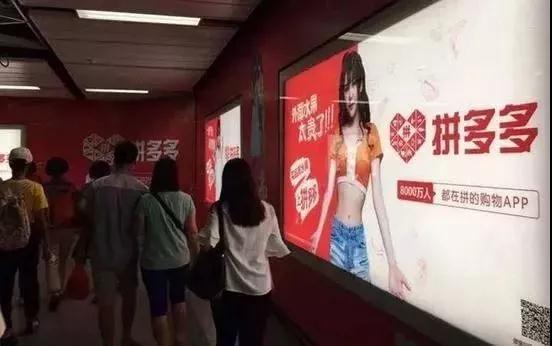 In July 26th, shares of a Chinese online group discounter Pinduoduo Inc. debuted on the Nasdaq Stock Market. From its founding to the market, it took only 3 years, whereas it took Jindong for 10 years, VIP.com for 8 years and Alibaba for 5 years.

However, after the listing, Pinduoduo was denounced by many companies and brands.

In July 28th, the famous television manufacturer SKYWORTH issued a statement that asked Pinduoduo to stop all the display and sales of counterfeit SKYWORTH TV products and keep all the legal responsibilities of all the counterfeiters and Pinduoduo.

Mass media published an article “Pinduoduo is becoming a new station of fake goods”, which revealed the platform full of fake brands such as SHAASUIVG that looks like SAMSUNG.

Fake and copy cat goods are far more than these. According to WBO investigation on the APP, several intellectual property infringement wine products are involved in this online discounter, in which WBO detected 3 kinds of phenomenon:

1. It’s common to view copy cat brands which were suspected to infringe the property rights of well-known brands, especially for some leading brands.

2. Misleading advertising. Obviously, it is a wine bottled in China, but sellers try to imply that they were bottled in the original wine region.

For example, a case of French red wine, with a single bottle priced 11.65RMB, including cost of tax, packaging and transportation expenses. You can image how inferior the quality is.

As some media analyzed, Pinduoduo benefits from the continuous upgrading of Chinese consumption and application.

Chang Yanan, an industry observer who has been engaging in wine-commerce, pointed out that Jingdong and Alibaba are hard to cover customers in third or fourth liner market.

And Pinduoduo is just targeting at entry-level consumers. As it advertised, about 300 million people are subscribers.

“Consumers in third and fourth-tier markets are lack of wine knowledge, they care more about the price. When they are given the chance to buy wines at low price, even if it is not tasty, it’s not a big deal. This may have explained why the wine priced at 69 RMB/case could sold out 29,000 cases”, an importer added, “There are also some consumers buy inferior wines, even though they know the wine is not good at all. What they value is only the label that can make them honorable.”

In recent years, grapes have been continuously reduced in some regions, and imported wines are short of leading brands. After the transformation of some wine producers, these capacity needs to be released, while consumers in second tier cities are relatively mature and rational, so a large number of so-called imported wines went into online channel and local supermarket channel in third or fourth tier cities, according to an observer. 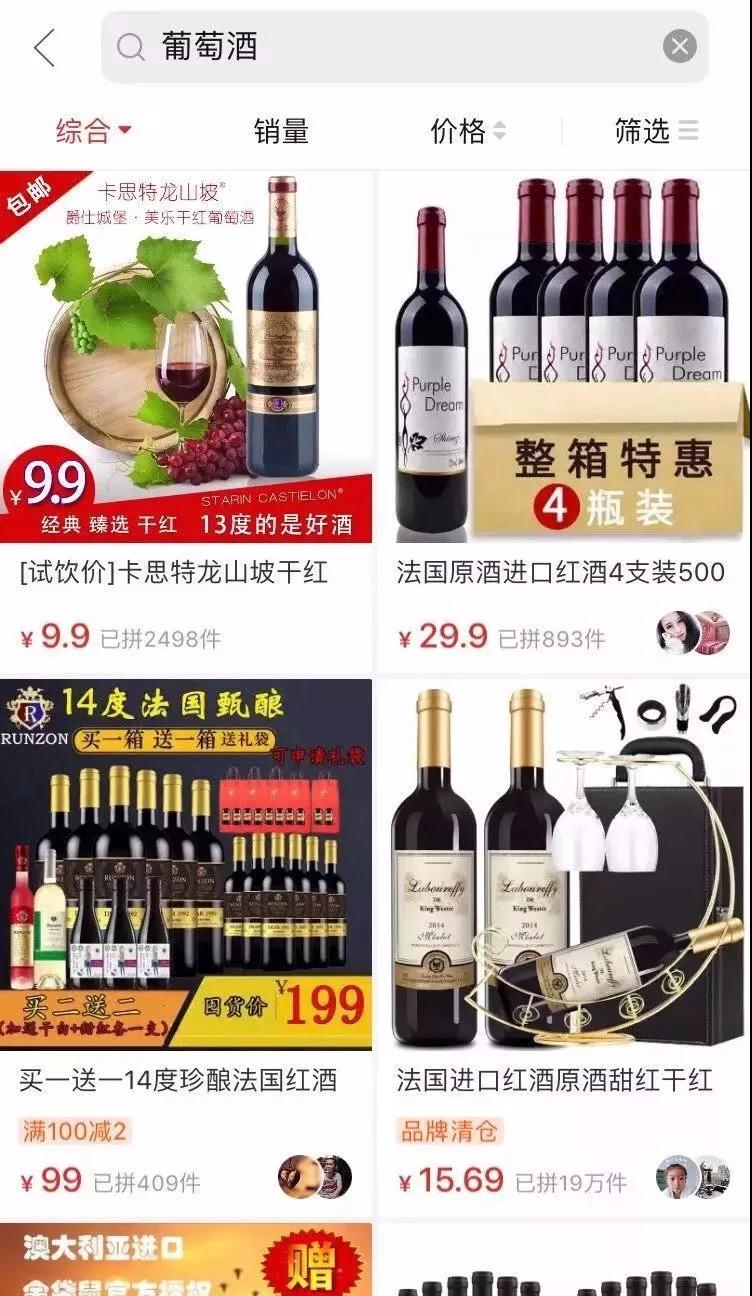 wine page of this APP

Fine wines and real brands will never cooperate with Pinduoduo

The counterfeits phenomenon in Pinduoduo is just a vivid display of copy cat and fake products, which is essentially a reflection of the market disorder.

Before debuting on Nasdaq, Pinduoduo valued visitor flow rate and ignored quality or intellectual property protection. After it gets popular, it can't go far in the long run if these problems not solved, according to Chang.

As for the impact of Pingduo on wine industry, some industry insiders analyzed, the App’s positioning determines that it is impossible for fine wine supplier to cooperate with it. First of all, poor sales environment, well-known brands are not willing to show with counterfeits. Second, brand wines are more concerned about stability of the price system, and the bill-share model in Pinduoduo is sure to threat the offline distributing system.